It has taken me all weekend to gather my thoughts after Friday’s Being The Story event. It’s not often I’m lost for words.

If you haven’t heard of Being The Story it was a one-day conference organised by the formidable Jude Habib, to celebrate the power of thought-provoking storytelling. The twitter hashtag, #BeingTheStory, is well worth scrolling through. This was a conference like no other I have been to – how many other events begin with a shadow boxing warm up and end with a group singalong with an LGBTI refugee and asylum seeker choir? –  so I wanted to share what I had taken away:

Replacing negative labels with positive ones

Throughout the day, speaker after speaker (and you can read about them all here) told very personal, and often highly emotional, stories of overcoming adversity; doing things differently, exceeding expectations; finding positives from negatives.

Social entrepreneur and care leaver, Sam Smith has helped hundreds of disadvantaged young people into employment. These aren’t the ‘lazy scrounging youth of today’ as described in certain sections of the media. Sam’s fellow speaker, Giles Duley, is known for his photography not his prosthetic legs, and Brigitte Aphrodite isn’t ‘depressed’ (well, she might be, and she’ll sing you raucous song about it); she’s a performer, a poet and a showgirl.

The word ‘victim’ had no place in Conway Hall.

Instead, we heard from survivors, do-ers, entrepreneurs and positive thinkers. These people had shrugged off the labels that had defined them, and replaced them with new and more optimistic ones. Speaking of his photography in war torn areas of Iraq, Giles Duley summed it up for me when he said:

I don’t have to tell you their life is shit; I wanted to show their spirit

Less shit, more spirit; we can do that!

I could go into great detail about every one of the people we heard from at Being The Story because each has left a mark on me. Not least of all Emma Lawton, who was diagnosed as having early-onset Parkinson’s at the age of 29. In a quiet, calm and defiant voice she told us life was even better post-diagnosis. Or Mandy Thomas, a domestic violence survivor whose ‘matter of fact’ delivery of the horrifying abuse she faced daily, and for years, made her story even more impactful. When she spoke of her son’s death, you could almost hear our collective heart ache. 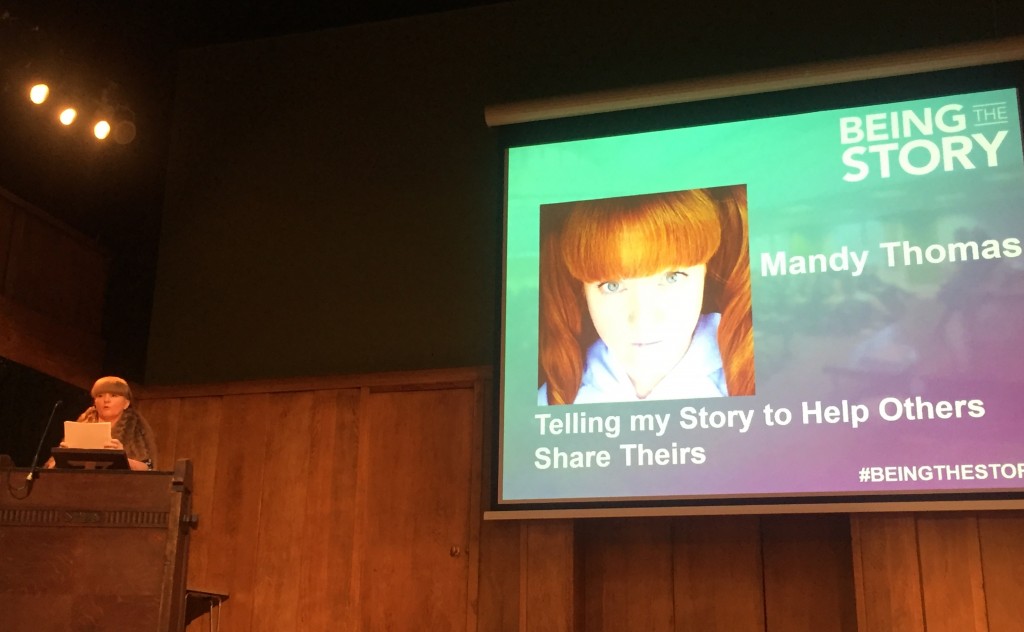 Powerful stories, told well, create change through empathy. And while people like Emma and Mandy work with charities to share their experiences we must remember they represent a cause, not an organisation. Their stories help people to understand what their life is like; it’s our job to explain where our organisations fit in and create an inspiring call to action that encourages our supporters to make a difference.

They are the storytellers; we’re caretakers

I would say I’m a storyteller. A big part of my job is to tell stories; stories of teenage drug dealers, of injured police officers, of grieving families, of children in pain and in poverty and forced to grow up too soon. At Being The Story I realised that my role is more that of a caretaker. Emma Lawton’s words have particularly stuck in my mind:

It’s very hard to tell your story. You wonder if it will come back in the same condition you sent it out in. 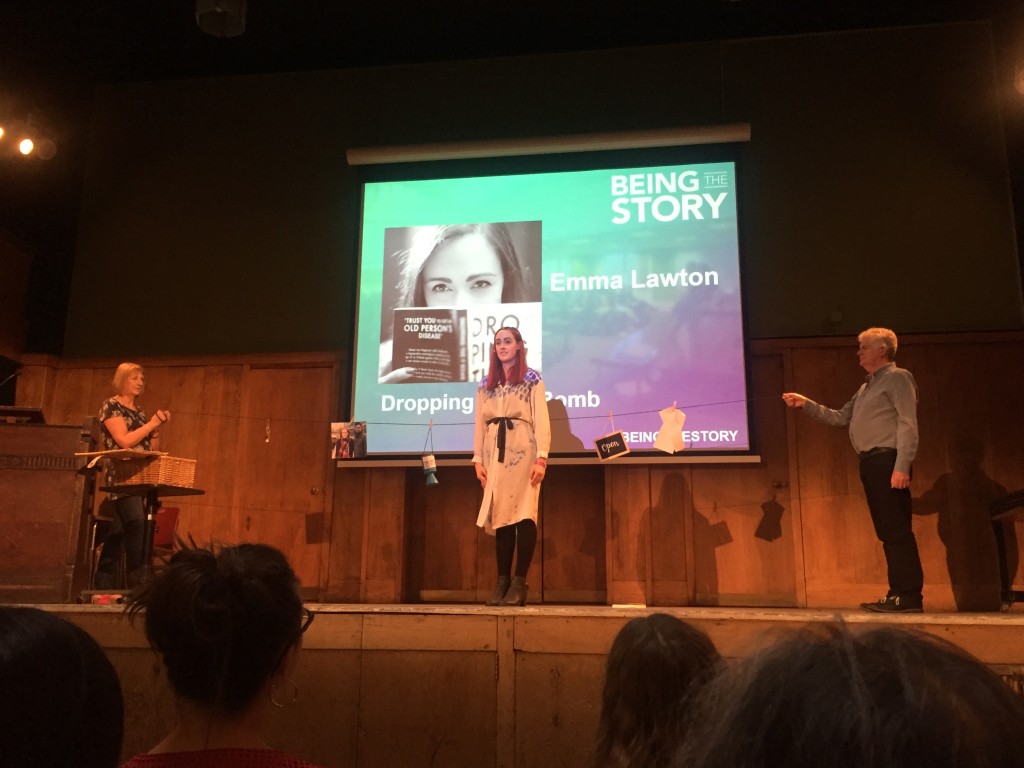 People share their experiences, their worries and hopes (even their secrets) with me. They trust me (and you) to look after them and do good with them. We’re in a privileged position so we should take seriously the job of finding the best possible platform for sharing those stories, creating empathy and driving change.

Stealing a final pearl of wisdom from Giles Duley (he had many):

If you believe in a story, keep telling it until people hear it

If you liked this post you may be interested to read what some of the other delegates had to say:

Being the Story was the creation of Jude Habib of Sound Delivery, who help organisations better tell stories which create change.